Get Back To The Future

Being able to watch this documentary at this time has felt the most like Christmas to me for many a long year. Maybe since I got the white album when I was 15 and I listened to it all summer - I was in Australia and December 25th is hot! I listened to it quite meticulously, each side listened to several times before I went on to the next. Listened to it between beach swims and shoreline walks, games of 500 and Hemingway, Beckett and Joyce. The Beatles were a part of the great unfolding of the universe of art, literature, music and poetry. Every song captured my imagination in a different way and I knew I wanted to be in a band but I was too afraid to say it out loud for fear of derision. I knew I wanted to be an author, too. In fact, I think I had an inkling that I wanted to lead an interesting life and try and do it all. I didn’t know yet that I would have to catch that train and keep going. And strangely, now, I have arrived at a place where I must stop and get it all down. You never think you are going to get old and then when you start to feel old, after the shock, you hope and pray that you will be able to get older, much older, so you can get it all down - all that living you did so you could have something to say about it.

Watching the first episode of Get Back was hyper real. I felt like I was on some drug that takes you into someone else’s dream and you are there but not there. You say “Tucson, Arizona” but they don’t hear you. You feel like you know them (but you don’t.) 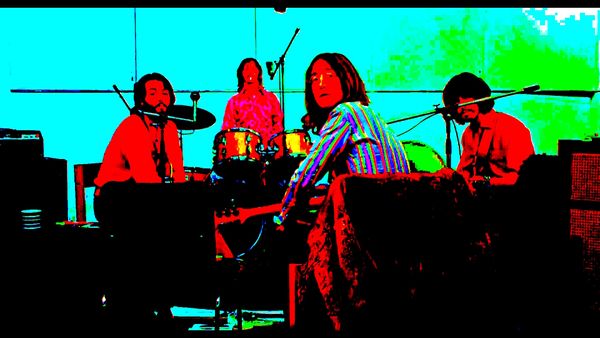